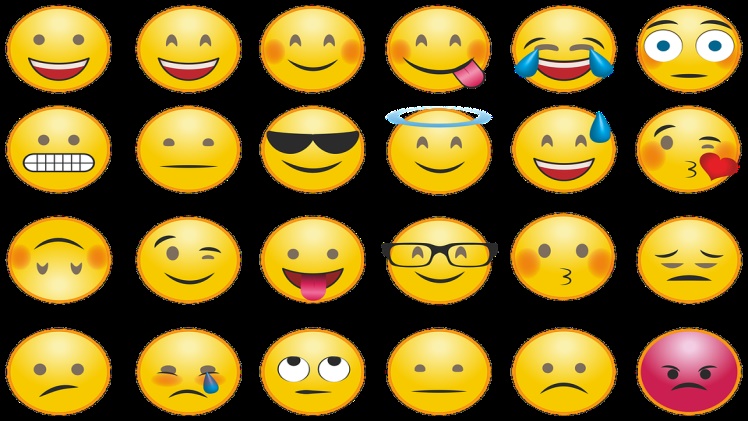 Emojis changed the way we communicate on a digital level. Before, it used to be emoticons instead of emojis. Now, you and I both know and acknowledge that those emoticons were a bit too dull. Those emoticons also had a limit and range on the expressions that it could convey. With emojis, there is no limit or range as there are emojis for every expression. Here are some random emojis that you might find useful in your daily digital conversations.

This action means and indicates that a lack of knowledge exists in a particular conversation. This emoji also goes by the name “idk emoji” and is the emoji version of the emoticon “¯\_(ツ)_/¯. ”

Well, it is not really a legitimate emoticon, but you know how creative people used to get on the Internet before. All they had to work with were symbols and lines, and people back then were able to come up with this ” ¯\_(ツ)_/¯ ” emoticon.

The Face Palm emoji is the exact emoji representation of the expression “shaking my head.” It goes with an emoji that has its hand pressing against its head. This emoji is ideal for situations that bring up many embarrassment and frustration about something or someone. Given how often people frustrate us these days, the Face Palm emoji should come in handy quite often.

It can also be the ideal emoji to use when you read something frustrating and out of line on the Internet. People can sometimes be obnoxious on Social Media, and you can let them know how frustrated you are with them using this emoji. Some statements, people, and situations are often handled better without lengthy words and insight, and this emoji is perfect for those situations.

The Flexed Bicep emoji usually represents strength, exercise, and working out. But, you can use it in different contexts that you find applicable. You can use the Flexed Bicep emoji to show strength, not just physically but also emotionally. For example, you went through a recent breakup. Nothing shows strength by continuing to keep fighting and make it clear with the help of this emoji.

The Flexed Bicep emoji is relatively easy to distinguish as it comes with a flexing bicep graphic. So, you will not have any difficulty or a hard time finding this emoji among thousands of emoji on your emoji keyboard.

Besides physical and emotional strength, this emoji can also be the perfect emoji to show power. If you got a new material possession that you would like to flex on social media, then the flexed bicep emoji is the perfect caption for the situation.

This emoji depicts a standard yellow emoji face that is winking. The only difference between the winking emoji and this emoji is that this one has puckered lips and blows a kiss. A distinct red heart also comes out of the blown kiss. This emoji is perfect for lovers as it depicts emotions of romanticism, love, and affection.

You can also use this love emoji towards other people that are special to you. Do not think that just because it is blowing a kiss with a heart coming out of it, you cannot use it on your friends or family. Love is a universal language, and this emoji is another emoji that makes the sentiment of love and affection a bit more transparent.

Rolling On The Floor Laughing Emoji

Humor is everywhere on the Internet. It can come in the form of memes, funny quotes, and videos, and even from your friends in the group chat. So, it is only right that you have a go-to emoji for humorous and hilarious situations like these. The Rolling on the Floor Laughing Emoji or ROFL emoji should be perfect in conveying extreme laughter!

You can use this ROFL emoji to quote something in a tweet, react to a hilarious video, or use it as a caption on a funny meme. As long as the topic is funny, you can never go wrong with this ROFL emoji.

These are the emojis that you should have ready on your emoji keyboard. You can find these emojis on your recently used tabs, or you can edit your emoji keyboard to consist of these emojis. Having these emojis ready at your disposal makes it easier to reply or react to anything you can find on the Internet. It makes it way easier to convey a message for the person on the other end of the text or chat for digital conversations.