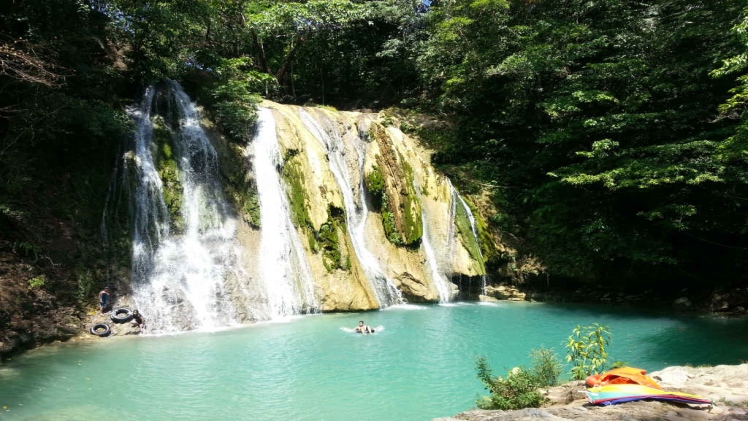 7 Nature Spots in Metro Manila You Should Visit

When you think of Metro Manila, you think of tall buildings, vibrant commercial districts, and roads with heavy traffic. It is a metropolis characterized by economic growth and sophistication. While it is a bustling city filled with concrete roads and tall buildings, there are many nature parks in Metro Manila that offer rest and zen to dynamic residents who want to take a break from all the hustle and bustle.

Here are seven of them:

The La Mesa Eco Park is a verdant paradise at the bustling Barangay Fairview in Quezon City. It is a protected watershed and considered the last rainforest of Metro Manila, being surrounded by 2,000 hectares of forests and nature trails. The park is perfect for Quezon City residents and visitors from the north who want to take a break from the bustling city life without having to go too far.

Besides trees and various types of greenery, the La Mesa Eco Park is also where you can enjoy activities such as biking, fishing, and swimming. The park is home to kiddie and olympic-size swimming pools that you can use for as low as Php 80 pesos, or Php 40 pesos if you are a Quezon City resident. Other facilities in the park include multiple food stalls, souvenir shops, tattoo parlors, a boat house, and a butterfly pavilion.

Perhaps the most notable park in Quezon City, the Quezon Memorial Circle is a concrete park that lies at the heart of the busy Elliptical Road. Covering 27 hectares, the Quezon Memorial Circle is connected to prime thoroughfares such as East Avenue, North Avenue, Quezon Avenue, and Visayas Avenue. As such, the memorial is a landmark for many travelers going to these neighboring roads, commercial centers, and for buyers looking for preselling condo soon to rise in Quezon City’s key locations.

At the center of the circle, you’ll see the colossal Quezon Memorial Shrine, a massive tomb housing the remains of President Manuel L. Quezon and his wife, Aurora Aragon Quezon. Close to the tomb is the museum that houses various memorabilia of the late president  and other artifacts related to the history of Quezon City. Parents who want to teach their kids about history may visit the museum and pay respects to the late president’s tomb.

Several parts of the park host shops, dining places and children’s play areas. There is also a small amusement park called Circle of Fun where you can enjoy rides such as Fun Drop and Sea Dragon. Plantitos and plantitas should visit the Hardin ng mga Bulaklak (Garden of Flowers) and delight themselves with various flowering plants.

The Makati Central Business District (CBD) is notable for its shopping hubs, dining places, and overall cosmopolitan and elegant lifestyle. Shoppers looking for designer brands flock to the business district to find expensive goods in Makati’s malls, such as Power Plant, SM Makati, and Greenbelt. But did you know that Greenbelt isn’t just all concrete and glass? A part of the luxurious shopping mall has a garden area inspired by Asian zen gardens.

After your shopping adventures, take a break at Greenbelt Park. Here, you’ll find different plants and trees surrounding a fish pond. Such a verdant sight provides relaxation and rest for those tired of walking around different shops and restaurants.

The Bonifacio Global City (BGC) is another booming financial and lifestyle center in Metro Manila. It is home to different malls, eateries, and economic zones. BGC is also home to many wide open spaces, such as Terra 28th at 28th Street. The park is outlined by many trees and offers a mix of expansive lawn patches and concrete pathways. Visitors of the park can enjoy different facilities such as basketball, volleyball and tennis courts, biking trails, and playgrounds where kids can play Filipino games such as piko, patintero, and luksong baka.

Another park in Quezon City, the Ninoy Aquino Parks and Wildlife Center is a sanctuary for both animals and plants. The park covers 22.7 hectares of land along Quezon Avenue. It is a favorite spot for joggers, cyclers, and nature lovers. Plant enthusiasts will also enjoy themselves with the many botanical gardens that showcase different endemic plant species.

Besides the thick carpet of plants and trees, the Ninoy Aquino Parks and Wildlife Center is also an animal rescue center for sick, injured, donated, confiscated, or abandoned animals. The park serves as a rehabilitation center for them to recover and grow stronger. You’ll find indigenous animals such as the Philippine deer, bayawak (monitor lizards), the Philippine eagle, and Palawan bearded pigs.

Besides Greenbelt Park, Ayala Triangle Gardens is another wide open park in Makati City. It is a beautiful haven that occupies 20,000 square meters and houses hundreds of trees such as rain trees, fire trees, and palms. Contrasting the lush foliage of the park are public artworks by esteemed artists all over the country. In this sense, visitors will enjoy art made by nature and humans in one expansive park.

Within the Ayala Triangle Gardens is the Filipina Heritage Library. It is a one-stop research center that houses over 13,000 editions on Philippine art, history, language, culture, religion, and social sciences. The library also has 2,000 rare titles, photographs, books, and maps on various subjects.

The historic City of Manila isn’t just museums, centuries-old churches, and ancient towns. Located at the riverside of Ermita is the Arroceros Forest Park. It covers 2.2 hectares and consists of 61 different tree species and over 8,000 ornamental plants. Due to its thick foliage, the Arroceros Forest Park serves as a habitat for many birds, including the long-tailed shrike, zebra dove, Pacific swallow, and brown shrike. It is also called the “Last Lung of Manila” as it is the city’s only nature park.

Metro Manila might be a bustling metropolis that hosts commercial centers and opens up investment and employment opportunities for many. Still, it provides recreation and nature spaces that cater to urban residents’ wellness. The next time you decide to take a walk and enjoy the outdoors, consider visiting these seven nature parks.

Facebook
Twitter
Pinterest
WhatsApp
Previous articleThe Best Vape SMOK ARCFOX Kit UK
Next articleCBD Flowers: What It Is, Where You Can Find It And Main Uses