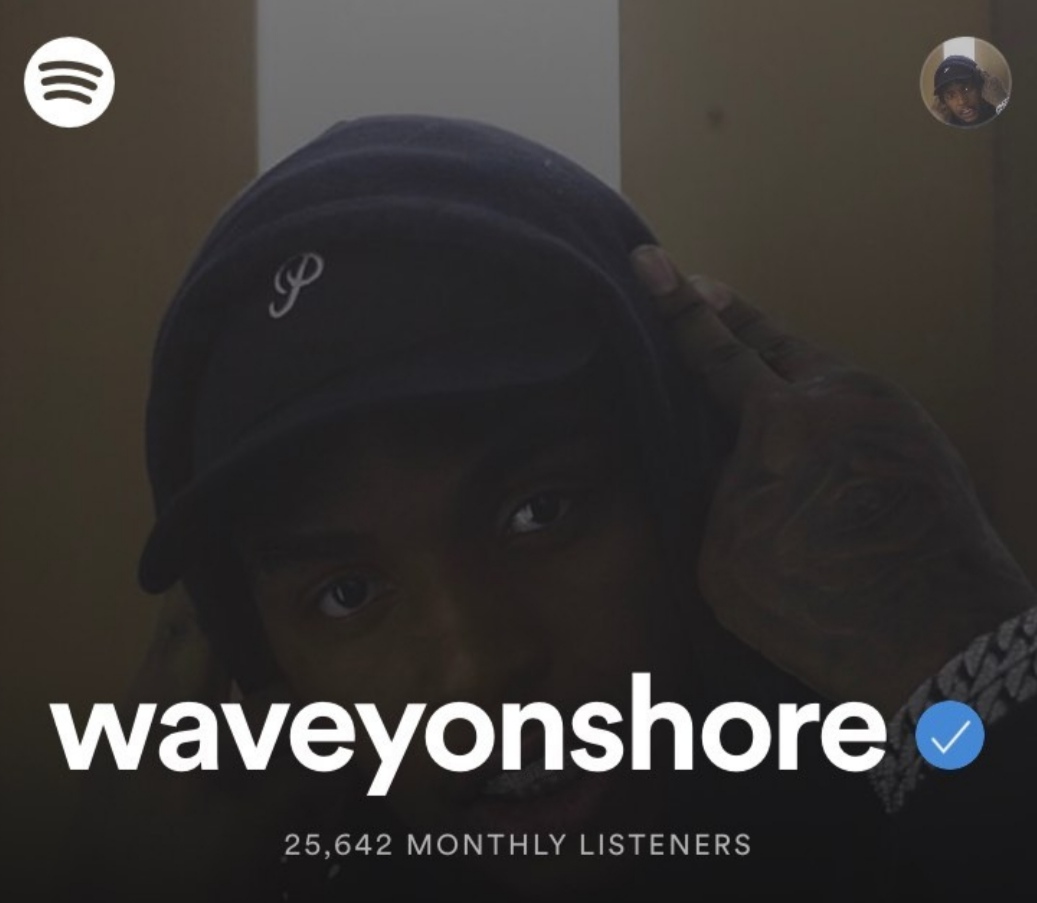 A window into the life of Rapper Wavey

We got an opportunity to interview budding rapper WaveyOnShore. In the up-close and personal session,  the artist got to share with us a lot about himself, his ambitions, and other passions besides making music.

Getting to know Wavey

In a deeply vivid analogy, Wavey got to explain the origin of his quite peculiar name. The name,  he said, was symbolic of his struggles both as an artist and as an individual. He pictured himself  as a wave in a vast sea of strife, moving towards the shore.

The 20-year-old singer’s passion for music began when he was still a child. Wavey’s dad was a  reggae artist and used to sing to him and his friends when he was younger. In high school,  Wavey joined a band of friends he used to rap and enjoy musical fun with.

WaveyOnShore is a firm believer in achieving goals and dreams. He credits his current progress to encouragement from his late uncle Crow, who helped him nurture his talent and believe in  himself.

Wavey also looks up to great musical legends in the rap scene such as 50 Cent, Tory Lanez,  Kendrick Lamar, Drake, and Partynextdoor. Someday, he hopes to be like them and cut a niche  for himself in the musical scene.

Besides music, Wavey is also a great humanitarian. He hopes someday to set up a mandatory  investment school that offers free schooling for kids in his city who have been or still are in sick  kids.

In his short career as a rapper, Wavey’s career highlight was an encounter with Tory Lanez. The  artist looks up to the artist and identifies with his struggles and his growth to fame. As if that’s  not enough, Wavey shares a hometown with the famous artist, and he was overjoyed when Lanez  reached out to him and asked to listen to his best track.

Wavey is yet to collaborate with any major artist but looks forward to such an opportunity.  Hopefully, someday we might get to hear a banger from Wavey and a major artist such as Tory  Lanez, his idol.

Most recent and future projects

When we interviewed him about his most recent project, Wavey described it as a profoundly  lyrical and challenging album. In the album, Wavey speaks his heart out and tells of his woes  and the intimidating and confusing challenges he has faced so far.

Wavey is currently working on an album, “Mind Games” and a few videos and singles before  them. He is also working on a comic book, Being Wavey.

His final words to his fans was perseverance. He emphasized this as “the only way you can make  it happen”. He also encouraged them to make the best of their life. He also urged them to help  others if they are in a position to and to always be themselves.

Facebook
Twitter
Pinterest
WhatsApp
Previous articleMake A Great Way of Your Stylish Look
Next article4 types of Laser Marking Machines that are best for laser marking!