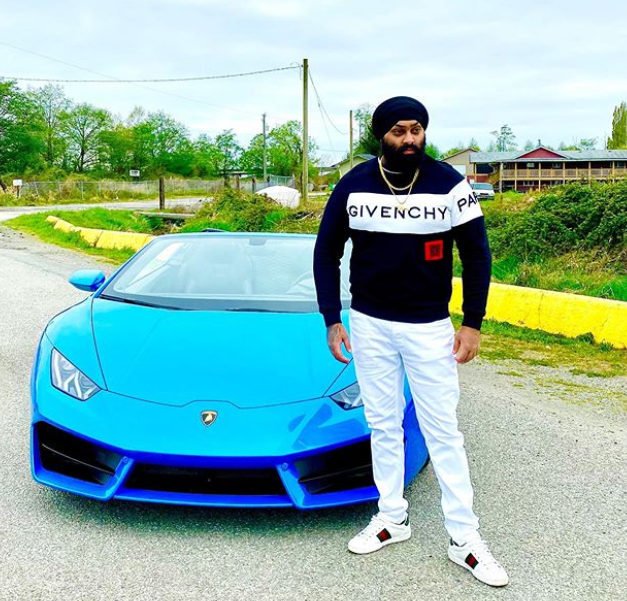 Chani Nattanan a sensational artist with a kind heart

In this new era of music, there are many artists across the world, and contemporary artists are joining the music industry everyday. Some of them are getting success in less time, and some of them take time to gain fame. But taking all things aside, there comes a big something which many people forget about which is humanity. You see, celebrities are meant to be popular. People love their work, and fans follow them in every case scenario. Some fans even follow his favourite artists as a role model. A lot of artists forget about poor people in society. But it is not the case for our singer Chani Nattan.

Chani Nattan is a very famous and popular face. He may be known to the fans as chani Nattanan, but the real name of this great artist is CharnveerNaat. He has started music in an early age and was passionate about music since he was a little child. Now he is 27 years old Living in Vancouver,BC. He has started his music career as a passion. But getting the tremendous response for his song from his loyal fans has made him a professional singer.

Chani Nattan has given us some memorable songs of the decades. The song of his also gets a great response from his fans across the globe. He is not just a singer also a writer and composer. He has written many songs by himself and has introduced many people in the music career. He has helped those people to change their entire future. His latest hit song is Rockstar which is getting a lot of positive review over the internet. Another hit song by ChaniNattan is Friend like me. It has also got a lot of attention. Some of his best songs are

So as you can see,chaniNattan has a pretty successful career in the music industry.

Most of the celebrity comes from an unpleasant environment. But when they have money car and all the luxury in their life, they forgot that who was he before. But not this kind of case for our singer Chani Nattan. He has an organization whose primary goal is to ensure help for the poor. He has arranged 4 annual food and toy drive event. The first Food and toy drive wasplaced in December of 2016. A lot of people have donated food to his organization, and Chani Nattan and his team were able to distribute this food to the food bank. He was physically helping himself in this cause. Seeing this significant response, he arranged another three food and toy drive. The third one was organized in December 2, 2018. In this event, he has even broken his record. He has donated a record-breaking 38000 lbs of food which is twice as much as the previous year.

Chani Nattan is a great artist with an incredible career. He is accommodating the people he knows and the people he doesn’t know. He helps the poor to survive. His donation rate is pretty good. Other celebrity should be kind-hearted like ChaniNattan. We expect to have a great future career for Chani Nattan.