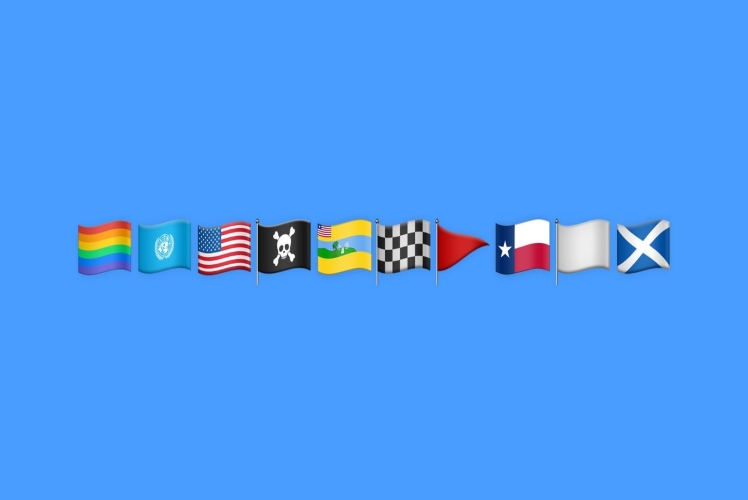 Emoji change our ways of conversations online. From simple flat text and emoticons, we evolve into a much more lively discussion online. Having an option to add a small digital image to express your emotion to the other specific receiver’s end. It is an excellent addition to our digital language to be more diverse in options of expressing oneself.

As our generation continues to evolve, so are the emojis. With its continued addition from time to time, more emojis are available to express our feelings in a much more diverse option. But today, emoji is not just about expressing emotions. Other emoji-like flags are used to represent a symbol or emblem of a country.

American Identity and national pride are what an American flag represents. It is usually called “The Star-Spangled,” “Old Glory,” or the most common one, “The Stars and Stripes.” As the American flag became a symbol to the Americans, it has been one of the essential parts of their national history. Hence, the importance of creating an American Flag Emoji.

American Flag Emoji is an excellent addition to today’s digital language. You are expressing your pride online as an American has never been this much colorful and lively. It also has the same features from the original American flag, from its thirteen alternating red and white stripes. Its upper left corner has 50 whites stars placed in a blue rectangle—making it almost identical to the original.

American flag emoji was introduced in our digital language in 2010. It was a certified part of the Unicode 6.0 and was an excellent addition to Emoji 0.6. Overall, it was a great addition to our daily lives in this digital era.

The flag is the most iconic and cherished symbol of a Philippine nation. Unlike any other country, the Philippines is one country that needed to fight for their flag to be bannered all around their cities. As they fight for their country’s independence, it has become a community inspiration to raise and wave the flag as a free man of their country.

Not all flags are about a nation’s pride or how symbolic it is to a particular country. Other flags emojis are available like a red flag, rainbow flag, and many more that give a different touch of meaning to the digital language. For example, a rainbow is a display of rays of colors around the sky that usually appears after heavy rain.

Other individuals interpret a rainbow as a sign of blessing that will eventually come to our lives. As the LGBTQ community, some individuals use this flag to express their freedom of sexuality to the community. It symbolizes peace and diversity of the LGBTQ community that usually waves through their march to be accepted as a norm in society.

Social media posts that relate to LGBTQ are where a rainbow flag is usually seen. Most LGBTQ members use this flag to express their pride and express emotions. This has been a symbolic icon for their fight for equality in our society. Hence, The importance of adding The rainbow flag emoji to our digital language.

Flag Emojis In Our Daily Conversation

Having flag emoji is a great help in showing a nation’s pride down to a single individual up to several people groups. It is not just about the nation’s pride or symbol, but it can also show support for a cause, just like the LGBTQ community. It is one of the essential additions in today’s digital era, where most communications are done on an online platform.

Emoji has been an essential addition in our daily conversation, especially in this digital era. It is incredible how a simple digital image can change the way we communicate with our loved ones. It can also be used as a way to show pride and support to your fellow countrymen by using a specific flag emoji to your chats and text.

Foremost, emoji is an essential way of expressing ourselves in a much more unique way than possible. Emotions keeps us alive to go through our daily endeavors and keep going with a smile on our faces, for we know someone is inspiring us through a simple emoji.