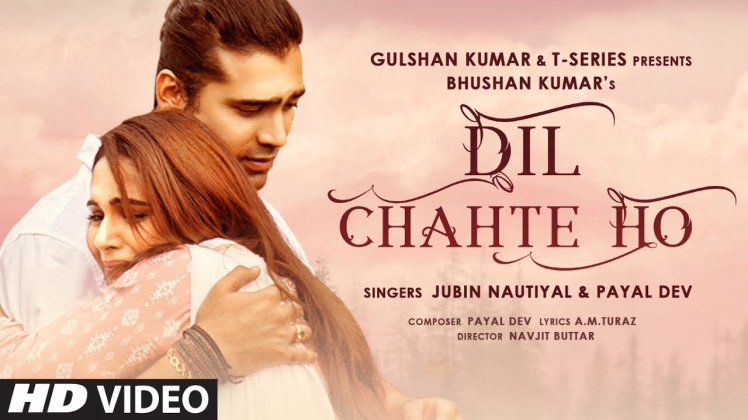 Jubin Nautiyal is appearing with the song titled ‘Dil Chahte Ho’. Jubin Nautiyal is not just a name. It is a popular name for the whole of India. I don’t know of any record of a song that flops in his voice. After a long time, he is backing his new song ‘Dil chahte ho’. Where the song was composed by singer Payal Dev.

Composer singer Payal Dev said – he likes songs from the nineties very much. And also loves to practice them. He added that the new song Dil chahte ho lyrics from that decade which are very real and authentic. In the song ‘Dil chahte ho’ he gets a touch of real love and simple civilization. He said that in the song he did his best to express the feelings of those old nineties.

Jubin Nautiyal and Payal Dev last sang together in the song “Tum hi aana” from the 2019 movie “Marjaavaan”. Jubin Nautiyal posted on his Instagram that he did the song to win everyone’s heart.

The song, co-produced by Jubin Nautiyal and Payal Dev, has a touch of nineties romance. After “Tum hi aana” this time the tune of the same song came up in the voices of the two. Not much is known about the song. However, its release date will show how the song can get a response.

The world of music is going to be the world in the next few months of 2020. The release of songs by so many popular singers all over India is going to be unimaginable. Dil chahte ho New Hindi song 2020 singer Jubin Nautiyal released the release date of the song on his Instagram. The song is set to be released on August 27.

British actress of Indian descent like Mandy Thakar made her acting debut in a Punjabi movie in 2010. Since 2010, he has gifted a number of movie viewers in Punjabi and Hindi.