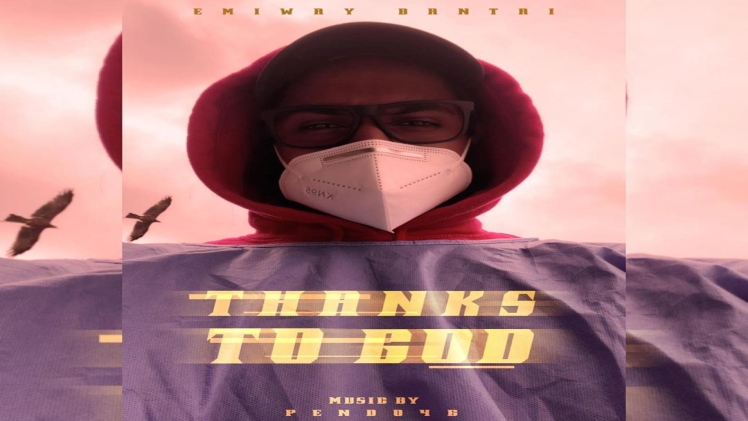 Firstly, we are coming here to tell you about your loving singer Emi way Bantai. Recently he makes a rap song. This song is “Thanks To God”. I hope all of his fans have seen his upcoming poster. But this song is not released yet. But the trailer of his music is published on YouTube.

Emiway Bantai is an Indian rap singer. On 13 November 1995, he was born in Bengaluru, Karnataka, India. In the initial days of his career as a rapper, he worked hard and struggled a lot at “Hard Rock Café” to making money. He loves rap song from his student life, and he likes to practice these songs.

In 2014, he did his foremost rap “AurBantai”, and that was successful. He received the award in “Hard Rock Cafe” during 2016 where he worked as a helper. Emiway also received award his breakthrough song “Sadak”. After that, he released his track tittle “Samajh Mein Aayakya” and “Giraftaar” dedicated to Raftaar and his response. He has gifted several rap songs. He is very popular in India as a rapper.

Emiway Bantai produces this song. It is the latest rap song in 2020 and the basis of revenge and social system. Moreover, he loves to play this kind of song. The new song is not released yet on social media. The teaser of the music released on YouTube. The released date of this song will show how response it gets. His fans are eagerly waiting for this song, and they show their reactions by comment.

In 2019 he treaded into Bollywood and worked for Zoya Akhter’s film “Gully Boy”. He worked there as a rapper and also got featured for this video song. People choice him as the best HIP HOP artist in 2017. Recently, he makes a Hindi rap song “THANKS TO GOD” which is releasing on Sunday, 30 August 2020. He also posted the releasing date of this song on Instagram.