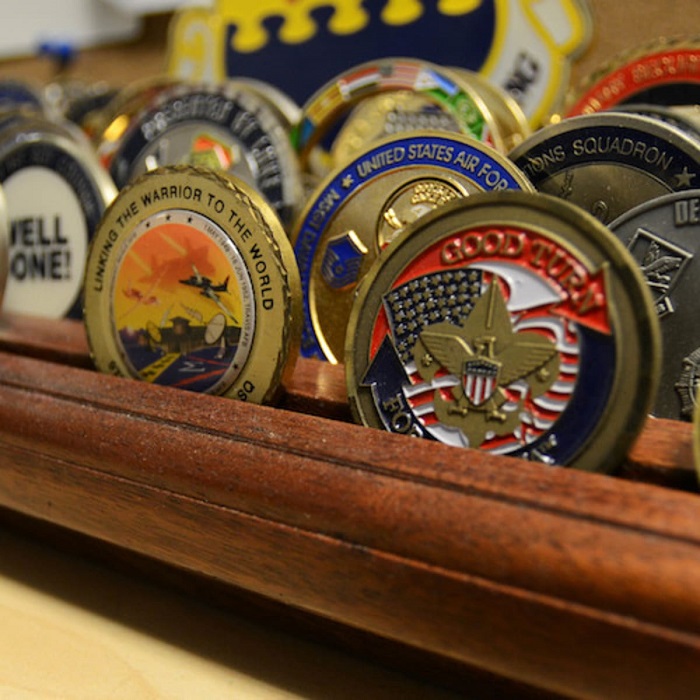 History And The Reason Of Challenge Coin You Must Know

A Challenge Coin is a specially designed coin given to someone for the confirmation of membership in any organization or group. Traditionally it is not only provided to confirm membership but also to enhance morale. These coins are also collected by law enforcement personnel. This challenge coin represents the honor of a remarkable achievement. Today, other organizations and groups outside of law enforcement have also started using challenge coins to sign pride and brotherhood. Challenge coins are featuring popular cultural values in modern days.

The root of the challenge coin’s history is nearly 100 years back. During World War 1, one lieutenant gave his squadron a solid bronze coin with a medallion stuck on it. It was used to represent them to his unit. One pilot placed it in a small leather pouch and wore about his neck. The pilot’s aircraft was damaged by ground fire and was forced to land behind the enemy line. He was immediately captured by German. The Germans took all his identities so that he couldn’t escape. But the American pilot somehow escaped from there with his coat and that medallion only. Then the pilot reached a French outpost avoiding German petrol. But without any proper identification, the French soldier decided to execute the pilot. Then he showed the French captors that medallion, and one of them recognized that. The French delayed his execution long enough until the confirmation of his identity. From then, it became a tradition to carry the coin or medallion all the time for the soldiers.

What is the challenge and military challenge coin?

A challenge is traditionally the most common way to confirm that the member carries their unit’s coin. The rules may be different in every organization. This type of challenge is only applied to a member who has been given a coin formally by the unit.

What are the objectives of a challenge coin?

A challenge coin’s objective depends on why it was made. It can be made for membership, any recognition, creating a bond in the group, or any special event.

Membership: A challenge coin is a proof that you are a member of a unit or group and served a duty tour. It means that you are one of the members of an elite group. Though in the past, it was used as a symbol of recognition. It was given for security, and it was the sign of loyalty,

Award or Any Recognition: Law enforcement agencies provide the challenge coin to the person who performs their duty well. It is given a reward for outstanding performance, which builds pride and morale. Receiving a challenge coin is a great honor.

Creating Bond and Connection: Challenge coin traditionally connects members of a military team to one another. It also maintains bonds even after they leave the service. Challenge coins are used to pay respect to events, and it creates a bond and lasts for long.

Branding: Challenge coins are used to recognize a corporate brand or logo nowadays. A challenge coin is undoubtedly more memorable than any card. Mascots and symbols are put on the coin and hands it over in the community.

Challenge coins are a unique and extraordinary gift if you want to honor a member in service, a respected team member. Challenge coins make the moment very special and notable.

Visiting this site subscene you can download most viewed subtitle movies.

Turnkey is the Good Guideline with Having One Process

Why are midrange phones getting more popular?

Which is better ios or Android?